Guide for visiting the characteristic Castle of Manzanares El Real 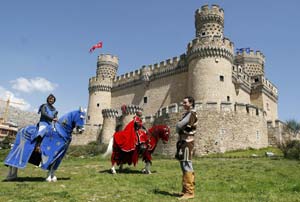 The Castle of Manzanares El Real, the most characteristic and the best-conserved castle in the whole region, Madrid, Spain.

The Guide to the Castle of Manzanares El Real gives a detailed explanation of the new exhibition that has been mounted inside. In this castle, the most characteristic in the region, one can visit the Interpretation Centre, which houses a permanent exhibition explaining the territory’s history, and the Palace Rooms.

The Castle of Manzanares El Real is without doubt the most characteristic and the best-conserved castle in the whole region. In recent years its exhibition rooms, services for citizens and touristic and cultural programmes have all been expanded, the collections of art inside the castle have been restored, and an Interpretation Centre and a new Audiovisual Room have been opened.

Other work undertaken has been the enlargement of the Permanent Exhibition Halls and the establishment of a new Museological and Museographic Project which has brought the facilities up to date and improved access to the monument.

The Castle Interpretation Centre and the Palace Rooms 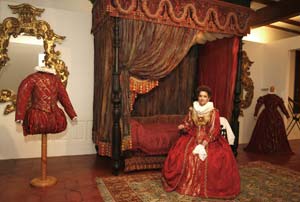 The Palace Rooms, in the Castle of Manzanares El Real, Madrid, Spain.

The visit to the Castle of Manzanares El Real may be based on its two exhibition complexes: the Castle Interpretation Centre and the Palace Rooms. The Interpretation Centre contains, on the one hand, a permanent exhibition of a didactic nature, in which the history of the territory and of the Mendoza family are described , and also the history of the two existing castles in the municipality and the way in which this castle was constructed. On the other hand, attention is given to daily life inside and outside the rooms of the mediaeval fortress when it was still in use.

One reaches the Palace Rooms through the Porticoed Courtyard and the Hall. The first of the Castle’s two ‘ceremonial’ rooms is the Santillana Room, which was used for meetings and whose setting is in the style of the XVIIth century.

The other one is the Sala Infantado, the Castle’s large palatial salon. In addition, the Bedroom/Prayer Room is a dual-purpose room which was ‘constructed’ within the area which in the previous design of the Castle was intended to house the library.

After the visit to the Palace Rooms, another of the attractions of this building which it is recommended to visit is the battlemented parapet, on whose south façade one of the monument’s most singular architectural elements stands out: the Juan Guas Gallery, an impressive covered gallery attributed to the French architect Juan Guas which, as well as standing out because of its own structure, also serves as a vantage point for one of the most characteristic views of Manzanares El Real.

The Community of Madrid has published the Guide to the Castle of Manzanares El Real, an illustrated publication about this monument, which contains a detailed description of the new exhibition which the Office for Culture and Tourism, through the Directorate-General of Tourism, has set up inside it.

Published in Spanish and English, the Guide to the Castle of Manzanares El Real can be found free of charge in the Castle itself, in the Tourism Offices of the Community of Madrid and on the website of the Regional Government :www.madrid.org. The Castle of Manzanares El Real is open to the public from Tuesday to Friday from 10.00 to 17.00, and on Saturdays and Sundays from 10:00 to 19:00. 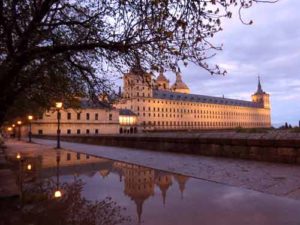 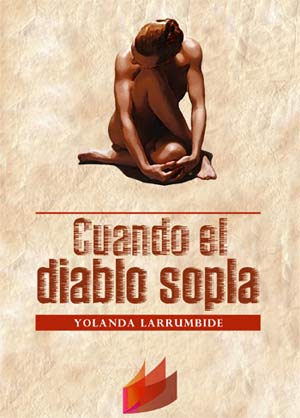